How to Deploy Laravel Project with Apache on Ubuntu 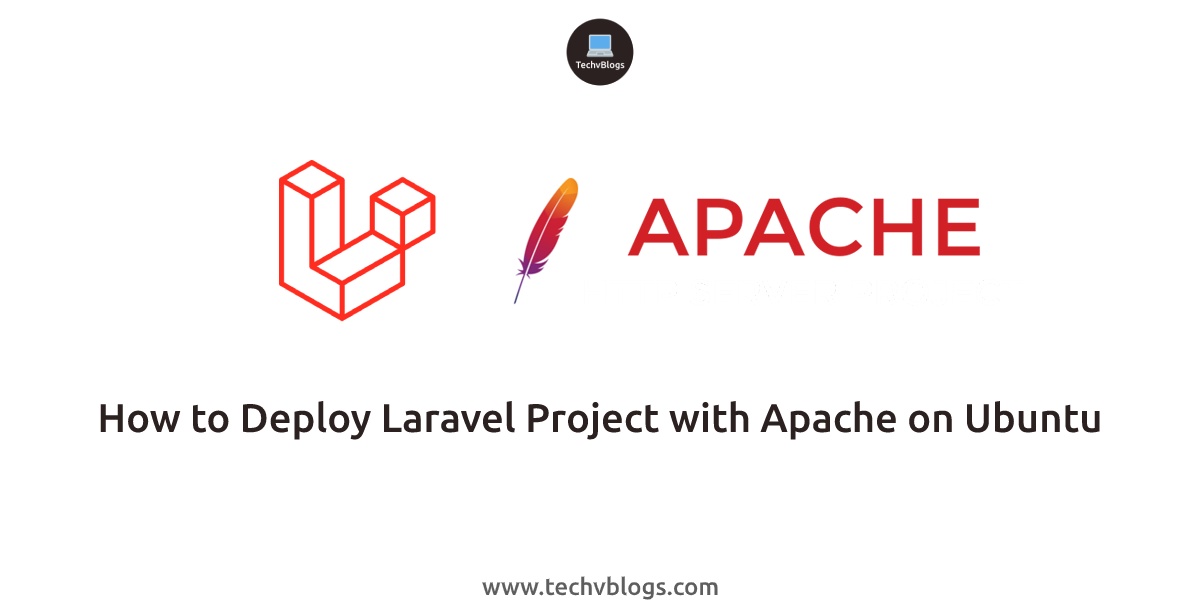 Laravel is a free and open-source PHP framework based on the Symfony framework and follows the Model-View-Controller design pattern. It comes with tools and resources that help you build robust and modern PHP applications. It offers a rich set of features, including Eloquent ORM, Support MVC Architecture, Template Engine, Libraries & Modular, Multiple back-ends for session and cache storage, and more.

There are a few steps that we can follow to deploy Laravel on Apache. The first one is to install all the required dependencies on the server. The second is to clone the git repository or create a new Laravel project inside our project directory.
So, Let's get started with the first step.

Execute the following commands to install git and composer on the Ubuntu server.

Read Also: How to Manage and Use Apache virtual hosts in Ubuntu

Git is a free and open-source distributed version control system designed to handle small and extensive projects with speed and efficiency.

Git is the most popular version control system developed by Linux itself, Linus Torvalds. It is straightforward to use, and millions of developers worldwide use git to manage different versions of their code. If you are working your Laravel code with git, go to your site's document root on your server and execute the git clone command.

I will deploy it inside the default document root of the Apache webserver. It means that I will navigate to /var/www/html and execute the git clone command, just like this.

For example, I am cloning the Laravel project from the official git repository of Laravel. You can clone your project from the repository you desire. Just replace the URL, and you are good to go. We added the "." at the end of the git clone command to clone the project files in the same directory.

To copy the file from .env.example to .env and generate an encryption key, run the following commands.

Next, edit the .env file and define your database:

After updating your .env file, press CTRL+X, Y, and Enter key to save the .env file.

Next, We will need to create an Apache virtual host configuration file for Laravel. Run the following command:

Finally, restart the Apache server to apply the changes. Run the following command:

If your Apache server successfully restarts, you will be able to access your Laravel project in the browser.

How to Deploy Laravel Project with Apache on Ubuntu - Comment

Multiple sites on a single VPS/VM/Server

Deploy PHP sites on cloud in minutes, simple as that!